Standex Engineering Technologies Group (ETG) has announced that its Spincraft business has received a contract from Airbus to manufacture prototype domes for the ZEROe aircraft cryogenic hydrogen storage tank. The contract expands Spincraft’s support of Airbus solutions beyond single-piece lipskins for the inlets on the A320neo family. 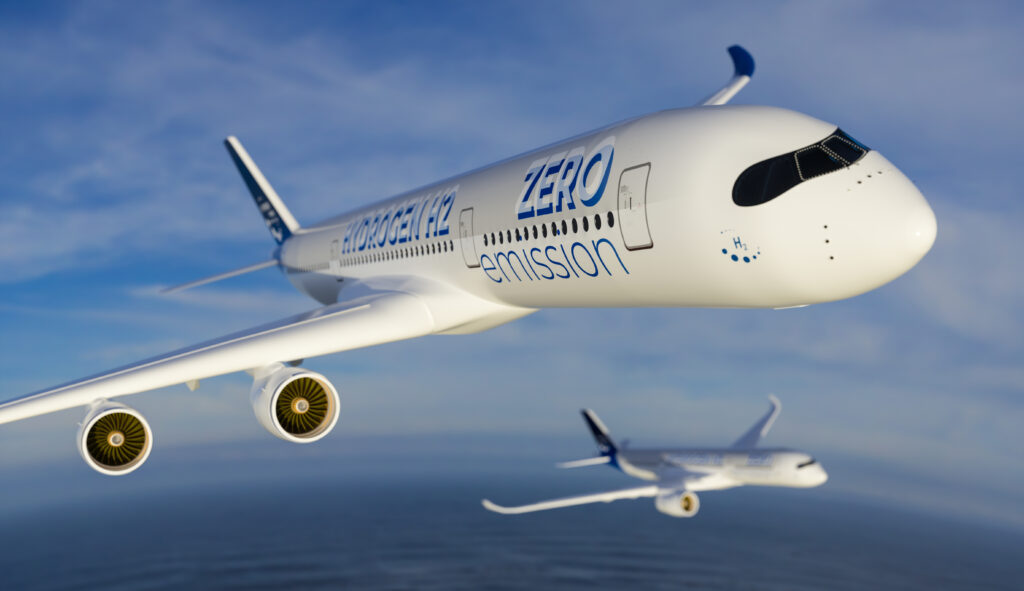 The ZEROe initiative represents Airbus’s commitment to putting into service the world’s first commercial zero-emissions aircraft by 2035. One of the most important and innovative technologies needed to achieve this goal is the effective in-flight storage of liquid hydrogen fuel. Spincraft will manufacture the first sets of tank dome hardware to support Airbus’s development efforts in this area.

This prototype tank development will leverage Spincraft’s decades of experience forming domes for space launch vehicle cryogenic fuel tanks to deliver a cost-effective solution. Spincraft will produce single-piece spun and machined domes out of its UK facility located in Newcastle upon Tyne.

“We are excited to deliver a component that is so critical for making the future of hydrogen-powered flight a reality,” said Don Murray, Managing Director of Spincraft UK. “This work reflects our North East site’s evolution into a leading advanced metal forming solutions provider in the European aerospace and defense markets.”

About Standex Engineering Technologies Group (ETG): Standex ETG leverages best-in-class metal forming technologies through partnerships in industry-leading consortiums and customer intimacy to design and manufacture cost-effective solutions for customers on their advanced designs in the aviation, space, defense, and energy markets. Our team establishes deep organizational relationships enabling us to collaborate with OEMs and Tier 1 customers to reduce costs and complexity across an unmatched range of formed sizes, shapes, and alloys, using conventional and innovative methods across a range of specialty equipment.

Spincraft played a critical part in supporting an important European Tier 1 at the design stage of manufacturing components within the same structure. This firm developed an engine casing utilizing a new powder Hot Isostatic Pressing (HIP) technology. With this powder being expensive, it was vital to accurately match the complex profile geometry requirements. The inner and outer parts of the canister both have a diameter of about 6ft (1.8m).

For the first element of this project, Spincraft UK supported the Advanced Forming Research Centre (AFRC) at the University of Strathclyde. We assisted in developing a high-complexity gearbox cover for a mutual customer. Our Newcastle UK site offered a combination of spin forming and press forming processes, coupled with an experienced supply chain, to efficiently produce this prototype part in a difficult-to-form precipitation hardening steel at a competitive price. 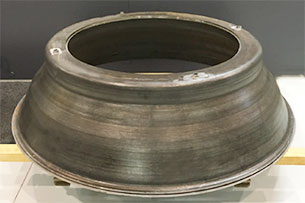 By using the HIP process, Spincraft was able to reduce input material, machining cycle times and energy consumption within the part’s production. HIP entails pressing a powdered superalloy at high pressure within a Spincraft-manufactured canister that produces the desired near-net geometry. The Spincraft solution of a spun form canister, free of any welded joints and minimizing material waste, provided a cost-effective solution suitable for serial production. This project leveraged our technical expertise in the aviation market across Standex ETG.

The Tier 1’s buyer on the program praised the partnership by saying, “It has been a very good example of a joined team working together to achieve the objective, with very satisfactory final results.”

“Our successes in this engine program speaks to the talent of our team members. By achieving these cutting-edge technical solutions, we’ve increased the adoption of our technologies by leading engine manufacturers in the development, and ultimately serial production, phase of next-generation aviation offerings,” remarked Len Paolillo, President of Standex ETG.

“Our team is excited to collaborate with customers to identify and design new metal forming solutions that provide breakthrough performance and cost improvements for their next-generation aviation platforms.”

Standex Engineering Technologies Group (ETG) takes pride in leveraging decades of experience to solve our customers’ challenges. We do this by providing new innovative metal formed solutions. Today, we are highlighting our lipskin manufacturing efforts.

The commercial aerospace industry is committed to reaching net zero carbon emissions by mid-century. With significant research initiatives, the industry is actively developing hydrogen, electric, hybrid and 100% sustainable aviation fuel (SAF) powered aircraft. In the meantime, airframers, nacelle and engine manufacturers are seeking nearer-term paths to reduce their carbon emissions and costs on new and in-development aircraft. One way they can do this is by increasing fuel efficiency through engine and nacelle design. Several aerospace leaders seek to use laminar flow surfaces. Using these will reduce nacelle drag and deliver the desired fuel efficiency gains. 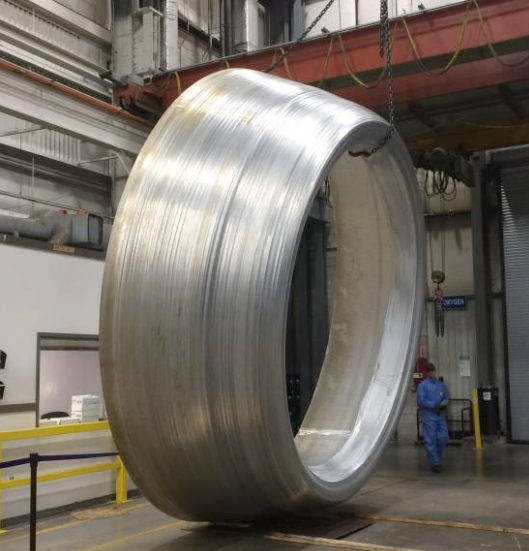 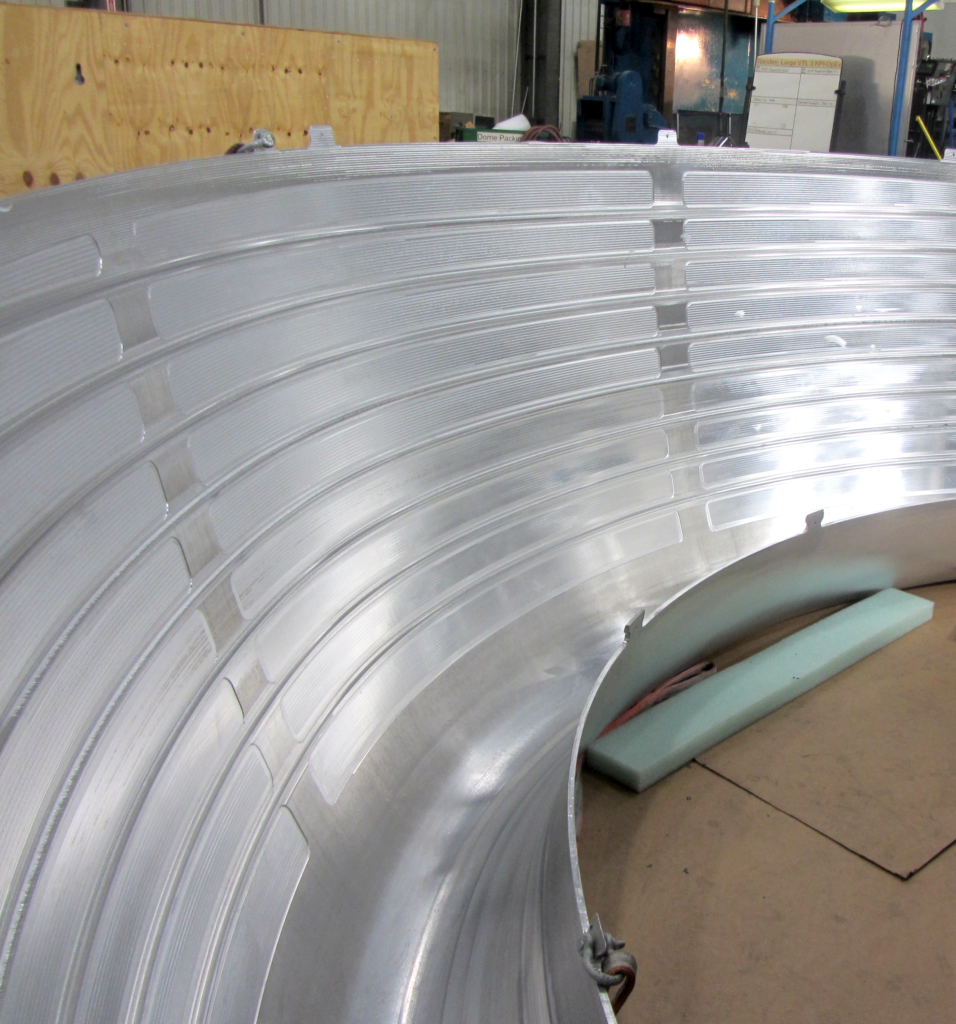 To further the research into this field, one of the world’s largest manufacturers of aerostructures sought to verify the viability of manufacturing a nacelle inlet lipskin for a large, long-range aircraft that could meet the tolerances needed for laminar flow. The aluminum alloy lipskin demonstrator they designed for this effort measured approximately 15 feet in diameter, nearly 4 feet on its extended outside leg and most importantly was a monolithic construction. This desired part presented a major manufacturing challenge but would offer a large step forward in the company’s knowledge base enabling new and noteworthy technical achievements. 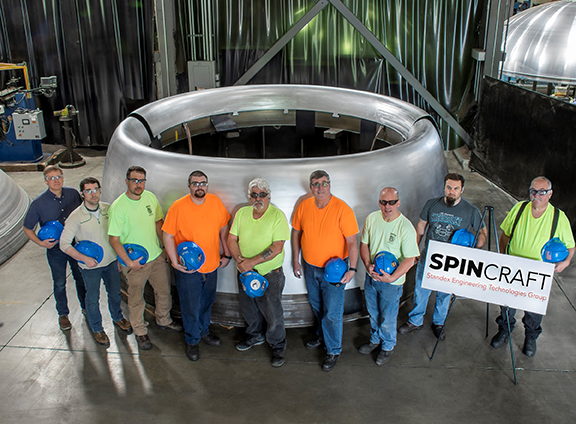 As with many experimental efforts, this project was not without challenges – particularly machining the innermost section of the lipskin with available assets and development time constraints. However, upon inspection, the majority of the part achieved required waviness requirements and any deviations were deemed resolvable.

The customer’s project was published in a research paper and presented at the American Institute of Aeronautics and Astronautics’ Scitech 2022 Forum. A link to the paper and presentation can be found here.

The Standex ETG team is proud of its achievement in delivering this innovative metal forming solution and is keen to continue working at the leading edge of aerospace manufacturing. Reach out to us with your most complex designs to learn how Standex ETG can support you.

June 2020: Engineering Technologies Group recently was notified that Spincraft WI is one of 12 worldwide suppliers to achieve ‘Challenger’ Status in the Airbus 2020 Detail Parts Partnership (D2P) program. This prestigious award is issued across all divisions of Airbus and is second only to the D2P Global Supplier status issued to nine suppliers this year.

Spincraft WI has supplied Lipskins to the Airbus A320 program for three years from its second New Berlin plant built in 2016. ETG parent, Standex International, invested in the facility which specializes in 100% flow-line manufacturing for thingauge aluminum forming.

“ETG Management and the WI team are very honored to have achieved this award,” commented ETG VP Sales & Marketing David Doucette. “We greatly value our successful partnership with Airbus and look forward to our ongoing Lipskin programs and future collaborations.”
More information will be shared as further details are provided.

Newcastle-upon-Tyne GB: May-2017: Spincraft ETG, based in the heart of northeast England, recently received £1M funding from their parent company Standex. As a provider of metal-forming solutions, this funding will allow the manufacturing plant to further expand its capacity and breadth of services, especially within the Aviation and Space markets.

“Matching our investment with our customer’s long term needs is crucial for the future of the Newcastle plant. Our highly committed and experienced teams are anxiously awaiting the new cell”
The initial stage of the investment includes the following processes within the vertically integrated cell:
• Vertical Turning • 5-Axis milling • CMM and Control Room • FPI Inspection • Laser Faro Scanners • Shadow Graph & Part Marking
Cell construction is well underway, and initial segments are expected online as early as summer 2017.
Catherine McKinnel, currently standing as candidate for Labour Member of Parliament for Newcastle North, recently visited Spincraft to learn more about the plant’s capabilities and future plans. McKinnel toured the Newburn facility and had the opportunity to meet with management and factory employees.
Catherine reported:
“It’s really exciting to know that world-leading technology developed and manufactured here in Newcastle is winging its way into space – but even more so to learn that we could be playing a leading role in this growing international industry in the years to come. I am looking forward to supporting Spincraft’s plans for the future.”
McKinnells full review of her Spincraft ETG visit can be found at
www.catherinemckinnellmp.co.uk
About Spincraft, Standex Engineering Technologies Group
SPINCRAFT and ENGINETICS form Standex’s Engineering Technologies Group (ETG). Six facilities across the US and UK provide global manufacturing solutions via collaborative engineering efforts. Precision metal forming technologies are supported by vertically integrated manufacturing processes. ETG solutions support Aviation, Defence and Space-System markets. For more information about Spincraft and Enginetics, visit www.standexetg.com
About Standex Standex International Corporation is a multi-industry manufacturer in five broad business segments: Food Service Equipment, Engineering Technologies, Engraving, Electronics, and Hydraulics with operations in the United States, Europe, Canada, Australia, Singapore, Mexico, Brazil, Argentina, Turkey, South Africa, India and China. For additional information, visit the Company’s website at www.standex.com/