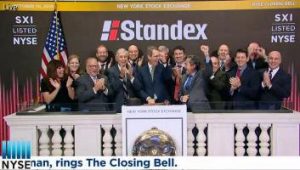 Standex International (SXI) celebrated 50 consecutive years on the New York Stock Exchange by ringing the closing bell on October 30, 2019. Standex President David Dunbar shared the honor with management from SXI and several of its companies, including Engineering Technologies Group (ETG) President Len Paolillo. Through its Spincraft North America businesses, the ETG team has been a part of the Standex family throughout its tenure on the stock exchange, and proud to have contributed to Standex’s consistent success in meeting commitments to their customers, shareholders and employees. Paolillo shared his appreciation for Standex’s commitment to support ETG’s long term growth throughout the years with investments in technology driving the organic growth and inorganic growth as well via the acquisition of Spincraft UK (2010) and Enginetics (2014).
Congratulations to Standex International on this 50-year achievement! 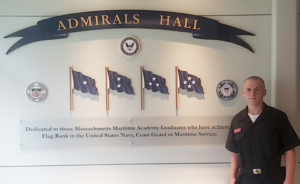